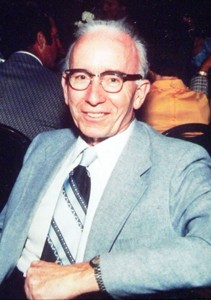 Robert Parmele was born February 10, 1917 in what is now Bettendorf, Iowa. Following the bombing of Pearl Harbor in 1941 he was called to duty as a member of the U.S. Air Corps. He became a lead crew navigator in a B-17 and later, a B-29. While serving in the European theater he was shot down over Poland but was rescued. Following WWII he started Argonair Flying Service. About 1950 he earned his commercial and instrument ratings and became a Certified Flight Instructor.

Robert Parmele founded and managed the Bettendorf Municipal Airport from 1947 until he moved his operations to Davenport Municipal Airport in 1963. He also invented, patented, assembled and sold the Parmele Navigator, a mileage computation tape, which made it easier to compute mileage on a large wall chart. Many are still in use.

He flew for many years as a part-time pilot for Tri States Aero Engineering where he helped to modify a Cessna 206 for aerial photography, with a camera port in the belly of the plane. Until his retirement he was a Designated Examiner for the FAA.

Robert has dedicated most of his life to sharing his aviation knowledge with countless students by teaching them to fly. He accumulated approximately 23,000 accident-free hours by the time of his retirement in 1986.