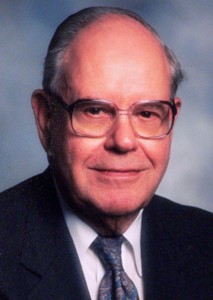 Howard Gregory’s devotion to aviation is so intense that even his hobbies center around airplanes and flying. While attending Drake University in Des Moines, Howard started flying lessons at the Des Moines Municipal Airport. He soloed in an Aeronca K and by the late 1930s, he was owner of the flying service, where he had learned to fly. Through his ability as an entrepreneur and aviator, the Des Moines Flying Service, now in its 59th year, has been a leader as a distributorship for Piper Aircraft, a corporate sales center for Piper and during World War II was operated as a key Civilian Pilot Training Program. Today the Des Moines Flying Service is the largest Fixed Base Operator in the state of Iowa.

Howard has held leadership positions in several national aviation organizations including the National Air Transportation Association, Aircraft Owners and Pilots Association, and the National Business Aircraft Association. His fascination with historical aviation translates into hobbies centered around aircraft of the pioneer, golden age and military eras.

Howard is still an active commercial pilot with single, multi, instrument, flight instructor and seaplane ratings with over 16,000 flying hours.