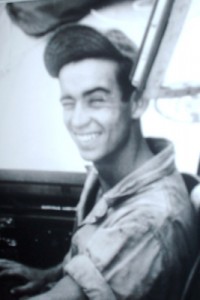 No one has been a champion of antique airplane owners like Robert Taylor of Blakesburg. Since he established the Antique Airplane Association in 1953 he has provided a place and a purpose to fly, to preserve, to share and to promote the early flying machines.

Robert was born in Ottumwa, Iowa in 1924. The major portion of his life has been aviation. In 1941 he soloed and then served in both World War II and the Korean War. He has worked as an aircraft mechanic and airport manager. He has bought and sold airplanes, restored them, promoted and flown them in television commercials and feature films and shared his expertise about flying with people around the world.

Robert was co-founder of the Airpower Museum, located near Blakesburg, which currently owns 46 aircraft and is one of only two airplane museums in Iowa. He publishes a national and international magazine featuring articles and stories about the peculiarities, the mystique, the nuts and bolts and the joy of antique airplanes. Today the AAA boasts 50 chapters and 7000 members from throughout the United States and 20 foreign countries.

Bob’s love of aviation history, his appreciation of early airplanes and his dedication to both have placed these treasures in Iowa’s safekeeping for many future generations.