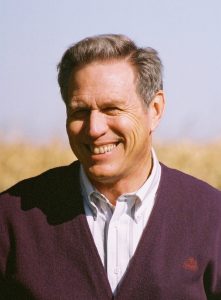 He began his aviation career in 1966, taking lessons at the Maryville Airport.  After earning an MS in Aerospace Education in 1971 from Miami University in Ohio, Connie was employed as a flight and ground instructor in glider and fixed-wing aircraft at the University of Illinois at Urbana-Champaign. In 1976, Connie was hired by Iowa State University as Chief Flight Instructor and Flight Service staff transportation pilot. For 21 years, Connie instructed hundreds of flight students and flew sports teams, coaches, professors and state officials across Iowa and the nation until retiring in 1997.

The aviation recognitions Connie has received from the FAA include Designated Pilot Examiner, Safety Counselor, Gold Seal Flight Instructor and the Wright Brothers Master Pilot Award. With assistance from a fellow Naval musician, Connie also composed “Sea Wise March” for concert band, which was published posthumously in 2018. Connie passed away on August 1, 2016 at the age of 77.