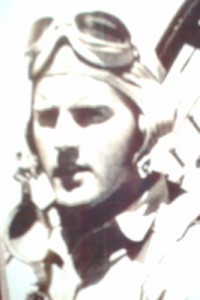 Conger enlisted in the United States Marines in March 1941. On October 25, 1942, his division sank two Japanese destroyers. As the planes returned to Guadalcanal, they encountered several Japanese Zeros. Conger, low on ammunition, shot down one plane, then found himself confronted by another. With no ammunition at his disposal, he attempted to take off the enemy’s tail by clipping it with his propeller. He narrowly missed his mark, sending both planes into the water.

Rescued by a nearby ship, Conger attempted to rescue the Japanese pilot, but the pilot drew a pistol and fired at Conger. The wet gun misfired. He again attempted to fire, this time to take his own life, but that also failed. Frustrated, Conger knocked the man unconscious and hauled him aboard, taking the first Japanese pilot prisoner.

Colonel Conger distinguished himself by earning a double-ace designation. His record included 10.5 air-to-air kills, one destroyer and another assist, and four enemy planes on the ground. The citations also match the record – The Navy Cross, Distinguished Flying Cross, two Air Medals, and two Purple Hearts. Between 1942 and 1944, Conger completed 171 combat missions covering 251 air-hours.